From failure to success

From failure to success

South Africa’s education system has been labelled a catastrophic failure and identified as one of the major drives of inequality in the country by former president FW de Klerk.

“The very poor educational outcomes of the great majority of South African children are one of the principal drivers of poverty and inequality because there is a direct correlation between education levels, income levels and unemployment,” De Klerk pointed out during his speech on addressing inequality at the annual FW de Klerk foundation conference. [1]

He said that we should not be fooled by the annual improvement in matric results and empathized his point by sharing the education rankings compiled by the Organisation for Economic Co-operation and Development (OECD) in 2015. According to the report, South Africa came 75th out of the 76 countries that were assessed.

In November 2016 South Africa almost ranked last in an international mathematics and science study involving 57 countries. South African children fared worse than children from much poorer countries in Africa.  After six years at school, 27% of South African pupils could not read, compared to 4% in Tanzania and 19% in Zimbabwe.

“Of 100 learners, who start school, 50 will drop out before matric; 40 will pass, but only 12 will qualify for university. This means, in effect, that only 12 out of every 100 children who enter school emerge 12 years later with an acceptable qualification,” De Klerk added.

He said that the county needs to fix the education system. The budget this year is R227 billion. Together with other education expenditure, this amounts to almost R16 000 per pupil and student. “We must really concentrate our efforts on ensuring that our children and us get proper value for this enormous investment,” de Klerk stated.

What former president de Klerk is saying is true; we need to uplift our education system.

Working in the education field for over 30 years, I know the great potential in the talented young SA minds; we just need to help them unlock it.

Reading is arguably the most important life skill. How can we expect learners to achieve their maximum personal best in academic or even lifelong learning pursuits if they have not mastered this important skill? Inclusive, equitable and quality education is needed for all.

At Lectorsa, we have a workable solution and proven results. Our virtual solution, lab-on-line (beta version of eyebraingym), has assisted more than 85 000 users, to date, to improve their visual processing, reading and comprehension skills.

Together we can combat illiteracy, improve educational outcomes and change the future! 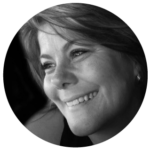 Minda is the co-director and co-owner of Lectorsa, a leading research and development company (based in Mokopane, Limpopo) that supplies solutions internationally to the education and training market.

Minda specializes in generating timeous solutions while addressing future challenges and demands in the marketplace. Under her guidance, specialist teams deliver first-to-market solutions grounded in scientific research with precision-developed algorithms, embedded in the newest technology available.

Her journey in establishing Lectorsa began with a quest to understand and enhance the measurable aspects of the interaction between the eyes and the brain. Minda’s extensive research in this field led to the development of a world-class, cutting-edge, CLOUD-based solution. The solution considers all the factors involved in reading and packages this together with individually focused algorithms to ensure the best improvement on all levels for each user.

Under her dynamic leadership, the Lectorsa team launched LAB-on-line in 2011, and since then, this solution has proven to be an effective intervention to develop the crucial skills needed for academic acceleration.

All copyrights reserved for eyebraingym